Neuroscientists at Duke University have introduced a new paradigm for brain-machine interfaces that investigates how the brains of two or more animals (either monkeys or rats) can be networked to work together as part of a single computational system to perform motor tasks (in the case of monkeys) or simple computations (multiple rat brains). These functional networks of animal brains have been named Brainets by the authors of the studies. In the two Brainet examples reported in the July 9th 2015 issue of Scientific Reports, groups of animals were able to literally merge their collective brain activity together to either control the movements of a virtual avatar arm in three dimensions to reach a target (monkey Brainet), or to perform a variety of computational operations (rat Brainet), including pattern recognition, storage and retrieval of sensory information and even weather forecasting. These latter examples suggest that animal Brainets could serve as the core of organic computers that employ a hybrid digital-analog computational architecture.

Video and Images for Computing Arm Movements with a Monkey Brainet 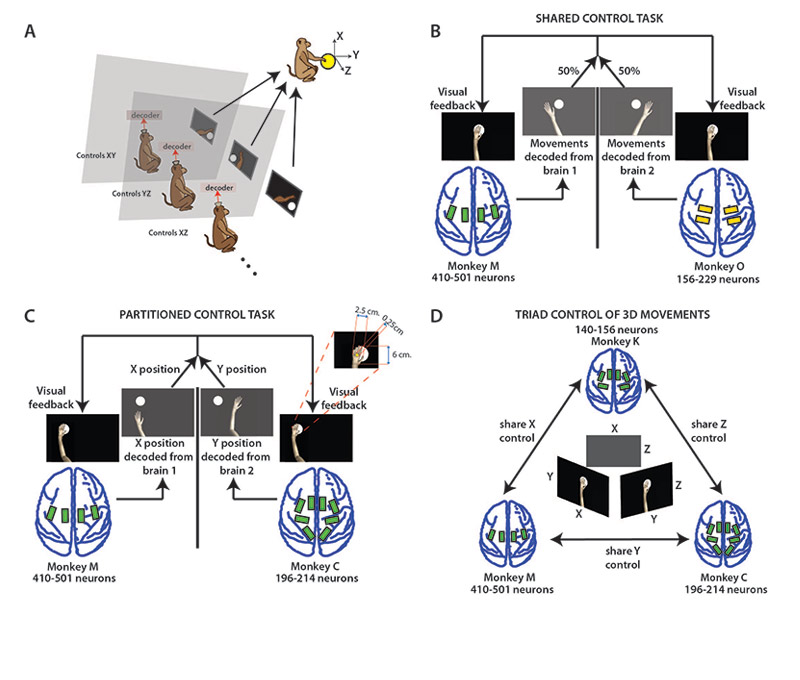 Experimental setups for B2 and B3 experiments. (A) Monkey dyads or triads were seated in separate rooms, each facing a computer monitor showing the virtual avatar arm (inset in C) from a 1st person perspective. (B) Shows the shared control task, (X,Y) position was decoded during centre-out movements from the two monkeys’ brains with each given 50% control of virtual arm. Electrode array location shown on brains. (C) Shows the partitioned control task. X position was decoded from one monkey and Y position from the other during centre-out movements toward targets on the diagonals. (D) Shows the 3-monkey task. Each monkey observed and had 50% control over 2 of the 3 dimensions (X, Y, or Z). Together, the three monkeys must accurately perform a 3-D centre-out movement to achieve reward. 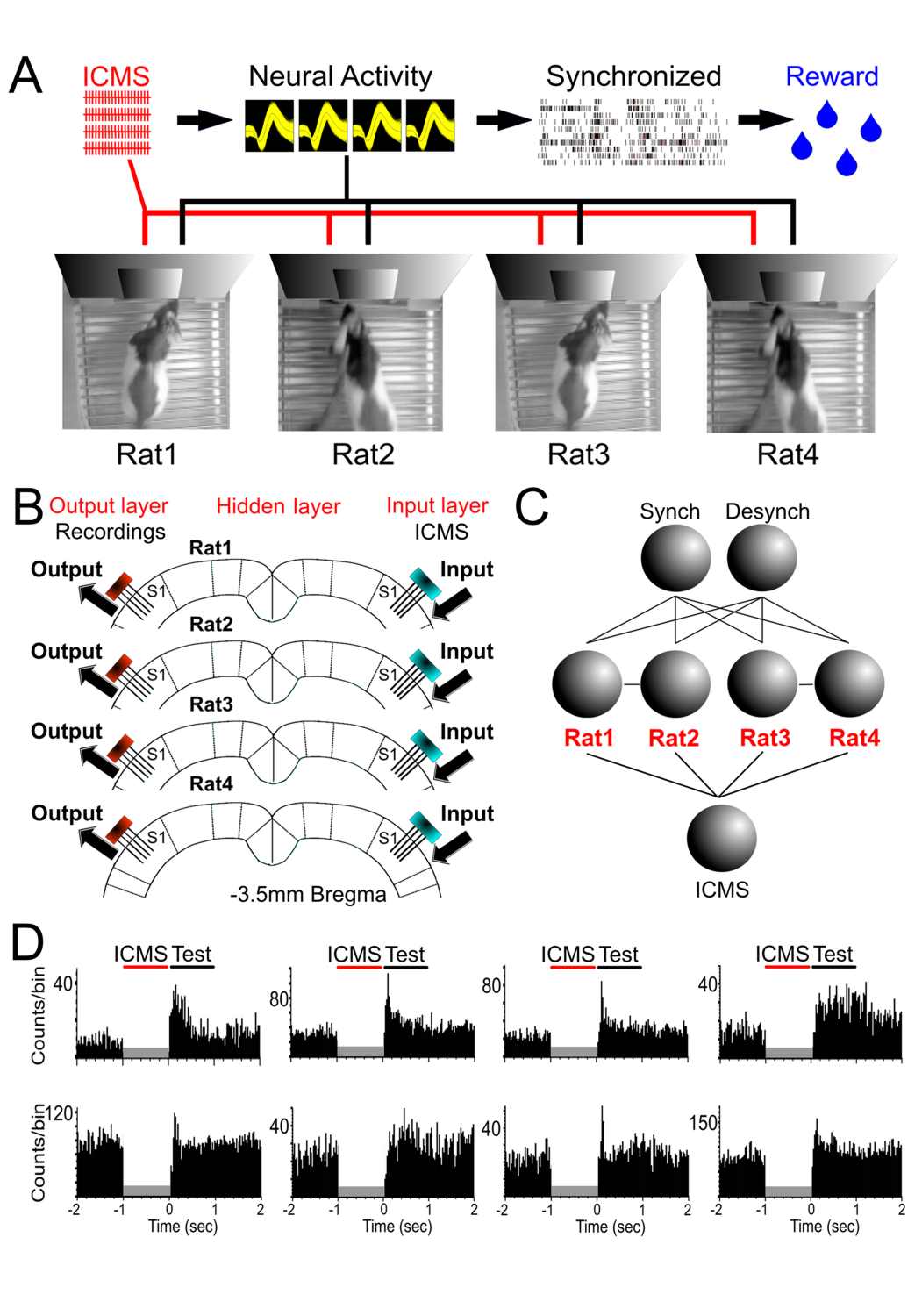 Experimental apparatus scheme for a Brainet computing device. A) A Brainet of four interconnected brains is shown. The arrows represent the flow of information through the Brainet. Inputs were delivered as simultaneous ICMS patterns to the S1 cortex of each rat. Neural activity was then recorded and analyzed in real time. Rats were required to synchronize their neural activity with the remaining of the Brainet to receive water B) Inputs to the Brainet were delivered as ICMS patterns to the left S1, while outputs were calculated using the neural responses recorded from the right S1. C) Brainet architectures were set to mimic hidden layers of an artificial neural network. D) Examples of perievent histograms of neurons after the delivery of ICMS. 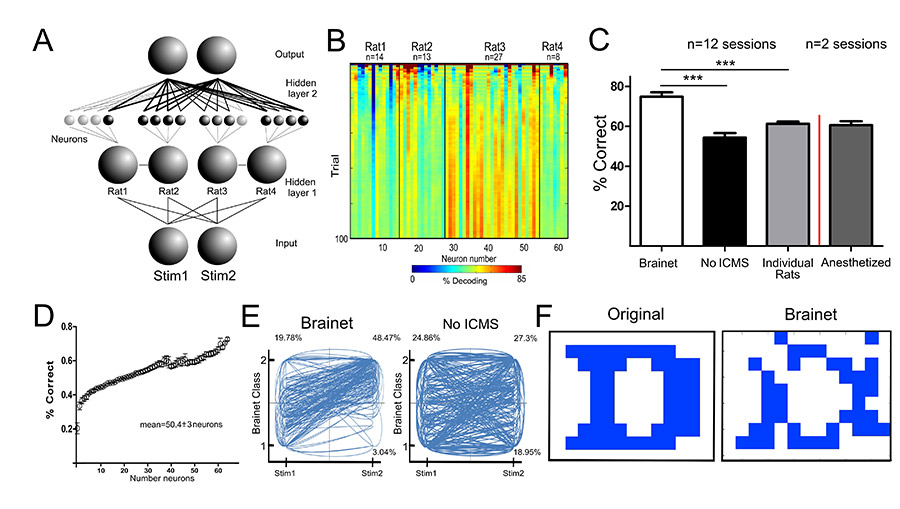 Brainet for discrete classification. A) Architecture of a Brainet for stimulus classification. Two different patterns of ICMS were simultaneously delivered to each rat in the Brainet. Neural signals from each individual neuron were analyzed separately and used to determine an overall classification vote for the Brainet. B) Example of a session where a total of 62 neurons were recorded from four different animals. Deep blue indicates poor encoding, while dark red indicates good encoding. Although Rat 3 presented the best encoding neurons, all rats contributed to the network’s final classification. C) Performance of Brainet during sessions was significantly higher when compared to the No-ICMS sessions. Additionally, because the neural activity is redundant across multiple brains, the overall performance of the Brainet was also higher than in individual brains. *** indicates P